Still a bit tired from the trip. Started monday with some documentation talks by Anne Gentle. The doc guys are using wadl to create api docs, but Swift doesn’t have one. I’m starting to think that there has to be an easier way to do discovery and documentation of APIs.

We ventured out a bit and got some coffee from Blue Bottle coffee. I had some brazillian beans and they used the coffee siphon. Probably the best coffee i’ve ever had. Next to that was a food truck called Chairman Bao, where i had a Coke Brazed Pork sandwich. Excellent. Highly recommend it.

There was some walking around, my shins are sore from all of the walking. Florian and I went to a Giants game, which they lost. Lincecum was not pitching that great and it wasn’t a very long game. After the game there was a CloudScaling party and the minna gallery. Had a pretty good time and saw an old friend from Cal Poly Pomona.

Tuesday had a bunch of Swift stuff. We had a talk about how Swift can be more like the other Openstack projects, which resulted in most people talking about how they like just how Swift is released. We release pretty frequently, but it’s when we need to release and make packages. I think that once other projects get more mature they will actually get to be more like Swift.

There were also talks about statsd integration. Florian has done a lot of work on this and it’s exciting to see him get some action for that.

It was very good to talk with other users and see what some of their needs were. It didn’t hurt the whole thing was in San Francisco. Some great parties held throughout the week. 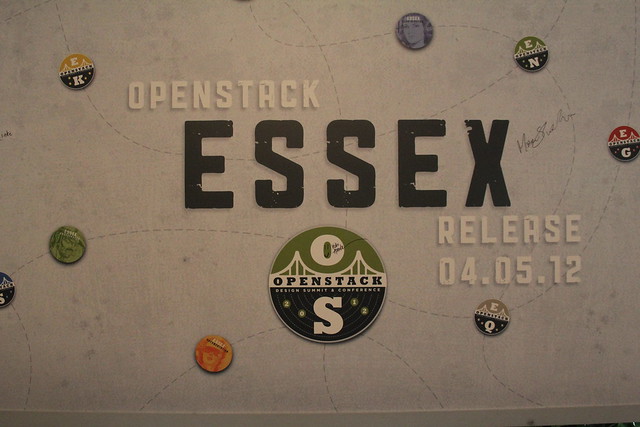